Showing posts from June, 2019
Show all

The Assassination of Cherries 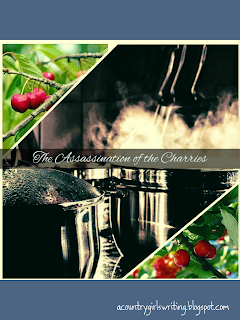 He plucked me from the tree; The home I've always known.  Then dropped me in a bucket  With other cherries plucked from home.
When he filled the bucket, Not one of us could respire. Then into a big box we slid.  It was there we almost expired.
Not long thereafter, There was a bouncing repercussion  As I was smothered between the others. I thought," this is an assassination."
Our box was placed in a kitchen  Where we watched a cherries de-steming.  The human had no heart.  This sight it was abhorring.
After I'd been ripped apart, I was place into the hammer bowl. When it was my turn the hammer fell I felt my pit drop, I had no control.
I then got submerged In a sink of warm water.  Then I emerged with many others  And we were dropped into a container.
From there I went into a hot jar That was packed to tight to respire.  To make thing even worse  Hot syrup was dumped atop of us.
We watched in horror  As the lid went on the jar.  Then the jar was lifted and dro…
Post a Comment
Read more 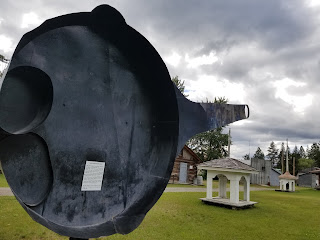 Heritage Museum in Libby  This huge frying pan was used for church and county fundraisers. It has a diameter of 15ft and the sides are 18ins tall. It can fry up to nine-hundred eggs.

This is an old 2 story smoke house.

This is what used to be steam engine that transported lumber for Julius Neils lumber company. There were only four of these steam engines made and 3 of them were melted down into bullets durring WWI. The museum is in the process of rebuilding it.


This is an old drill that still works.

This is an old plainer mill.


Part of the old corral.
The structure is the only structure left on the property and its the old gorage.


Back yard view from my cousins back porch.


A glimpse at the Rockies 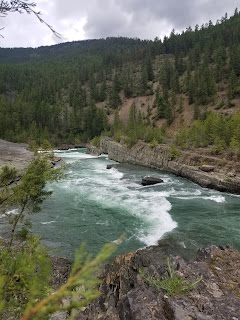 Here are some of my pictures from my excursion to Montana this past week.
Kootenai River & falls   It was roughly a 1/2 a mile walk to get to the view point of the falls.

The swinging bridge that crosses the Kootenai River They are in the process of putting up a new bridge because the old one is very worn. Back when the town of Libby was still young the miners would cross the bridge with pack mules.

The Libby Dam A picture that over looks the river above the dam.
This path leads from the dam parking lot to the view point. 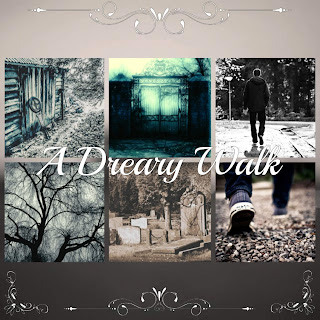 An unmarked grave yard.
A gust of wind,
Produced a howling note.
A rusty old gate
On hinges of gold.
Colorless hills,
Betwixt rock wall embankments.
A damaged church,
Near an upgraded track.
A dreary lit sky
A few scrawny trees.
With branches like monsters
That convulse in the breeze.
That's where he went
As he was walking yesterday.
To an abandoned grave yard
With an old church crumbling away.